Chapel Choir were up bright and early yesterday for the two-hour journey to Montserrat monastery, which provided a convenient opportunity for some of our number to catch up on sleep after a late night by the pool. The monastery itself was a highlight of the trip so far, featuring Modernist architecture cut into the face of the mountain. After a short recital of a cappella music, the choir descended back to Barcelona for a visit to Parc Guell and an evening of flamenco dancing (in which, to widespread disappointment, Mr Griffs did not join). 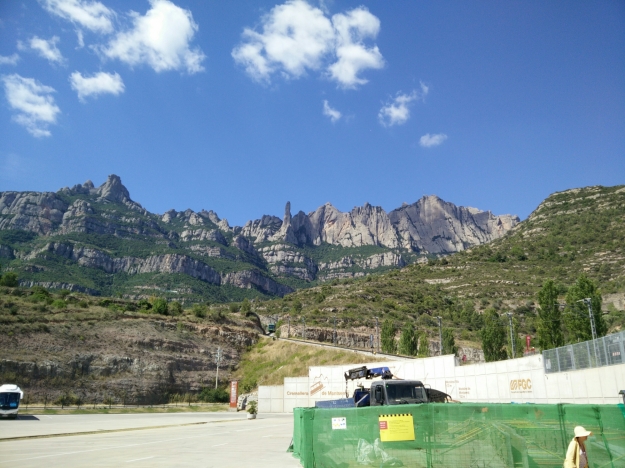 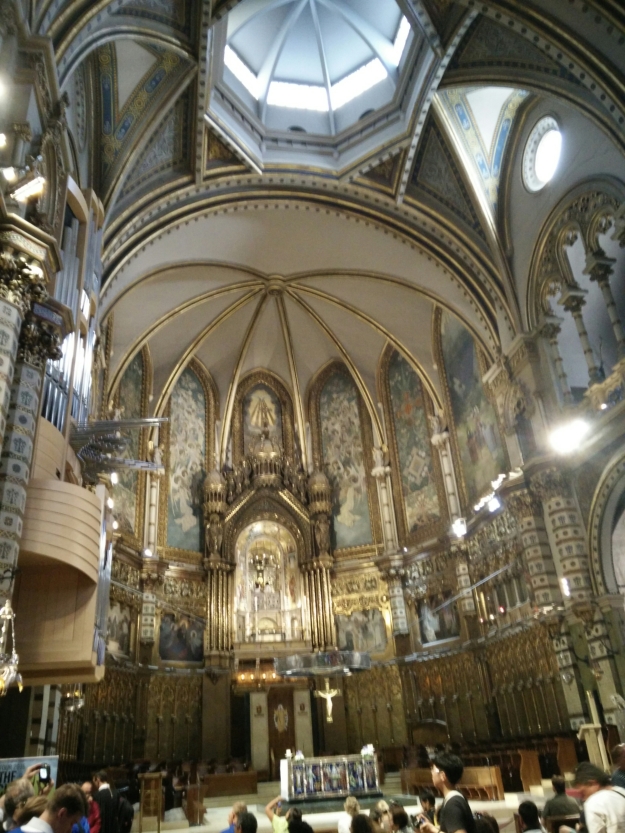 Apologies for the delay in uploading the recordings but our WiFi is very slow.

Be Thou My Vision

If Ye Love Me

Up early after a late night arrival for a lovely buffet breakfast in the hotel- then we took the 1hr and a half bus ride to Barcelona! Upon arrival in the city, we were greeted by a full welcoming party of heat- the chapel choir robes did not help! We had a guided tour of the amazing and speechless Segrada Familia before singing a short service as an offering for the Virgin Mary. We then got an hour for lunch in Barcelona, and as the true Brits we are- to experience the Catalan culture, we stopped at McDonalds! (However, it was followed by an authentic Spanish ice cream parlour, so we did make an effort). We hopped on the coach again, and headed to the Barcelona cathedral- which again was breathtaking, but paled in comparison to the Basilica we had just seen. We had a quick look around before singing a 45 minute concert including some solo songs by the Barbers! As we were exhausted, and in need of our ‘siesta’, we all decided to head back to the hotel for some much needed ‘vegging’ by the pool- including many belly flops from the boys! To finish off the night, we all had a buffet dinner at the hotel, and a relaxing walk on the beach- an all around exhilarating (and tiring) day!
Elle and Eve

Below are the recordings from today’s lunchtime concert at the magnificent Segrada Familia. It is a very ambient recording, with lots of background noise – a mixture of noise from the construction site within Segrada Familia, as well as the many tourists.

If Ye Love Me

This afternoon we will be performing at Barcelona Cathedral. More updates, pictures and audio will be available later today. 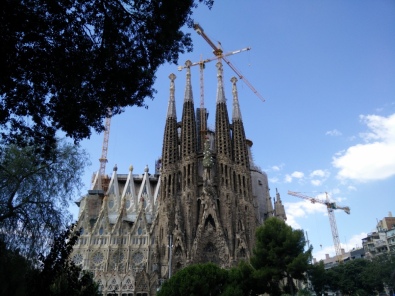 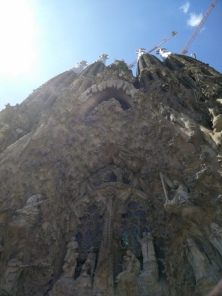 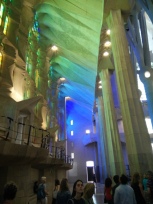 Chapel Choir have arrived safely at Luton and through departures, waiting for the flight to Barcelona. All pupils safely navigated through security … shame Mrs Wright & Mr. Houlston weren’t quite so fortunate.

Mr. Kingston has just had a very interesting experience at Pret A Manger – do ask him about it when you see him next.

Following todays rehearsal, we recorded two pieces that we are taking on tour for your enjoyment.

After a quick turn around, especially for ECGC who finished their duties yesterday, Chapel Choir have had their final rehearsal before departure for Barcelona tomorrow.

Some of the music featured includes:

We hope to record our performances and will add the links to the blog as and when time / internet allows.

Welcome back to the King’s Ely Music Department blog.

Watch out for some exciting updates, including updates about our forthcoming Chapel Choir Tour to Barcelona.